‘Having worked with Lois on various collaborative film endeavours, I can confidently state that she boasts a diversely-accomplished skill-set and a generosity of spirit within the collaborative relationship that I don’t doubt will see us work together many times henceforth.’ 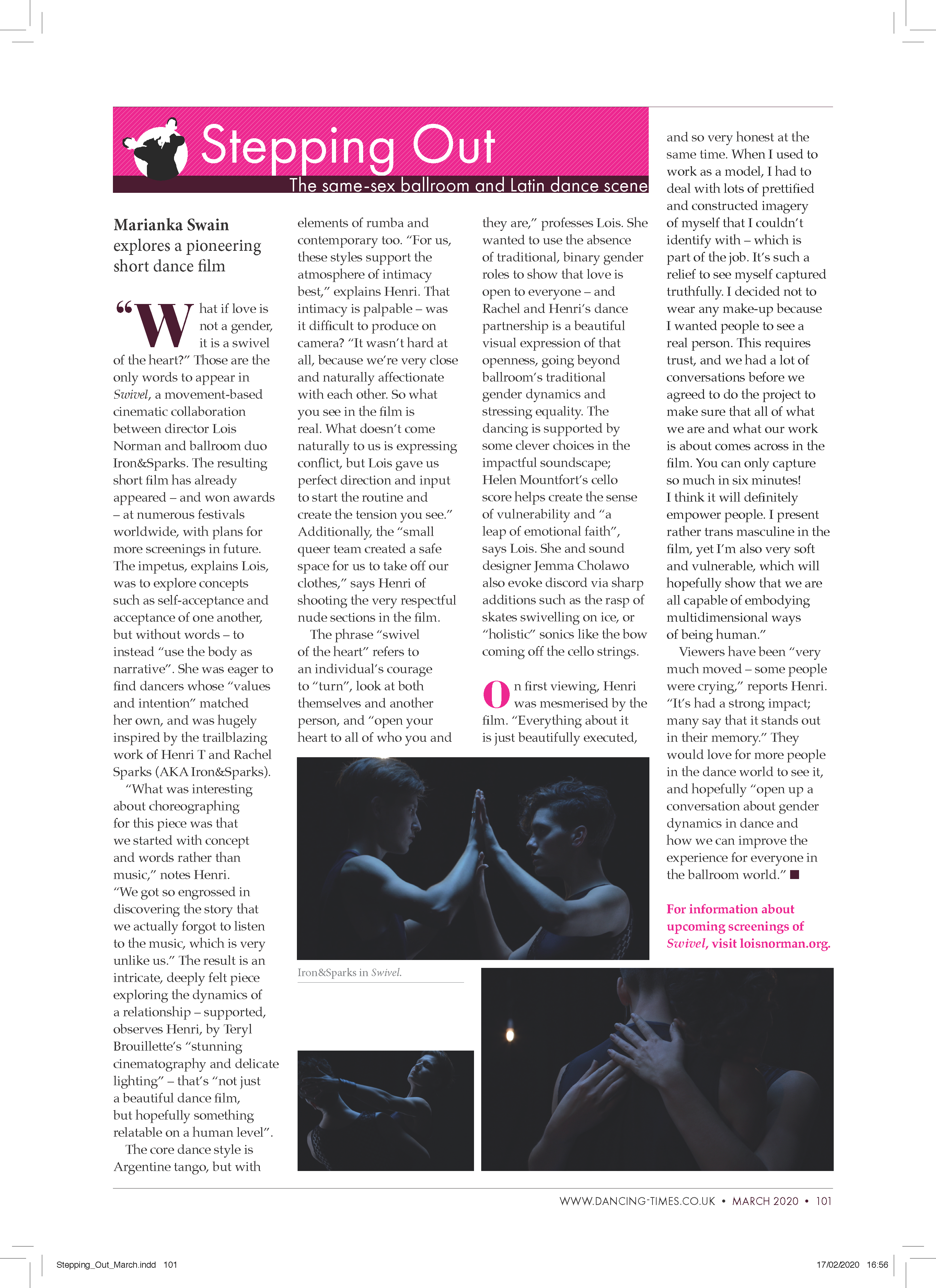 ‘This moved me to tears! One of the most stunning pieces of dance-on-film I have probably ever seen – in fact, the best one I have seen.’

A beautiful and tender expression of love that deftly danced around our notions of gender.’

Link to interview for Swivel

An interview by Lee Morgan, editor of Devon and Cornwall Film talking to Lois about Swivel and trust, honesty, intimacy and the inspiration of artistic bravery. 4 May 2020. Click here.

‘The Shell’, an experimental poetry film

Lois is a British/Australian Creative Artist, whose work focuses on the bravery and diversity of the human condition.

Lois screened her documentary ‘She Is Juiced’ at the NRFF Amsterdam 2018 and won Best Art Film. She Is Juiced was also shown at the Tate Britain and other film festivals.

Link to interview for The Shell

She is Juiced – an Award Winning  Creative Feature Documentary

‘An intellectual, aesthetic work that crosses, and pushes, boundaries.’

‘I trust Lois instinctively and very much like her ethos. It is also hugely important to me that we are seen. Women painters working at a professional level are still few enough to be worthy of comment. Lesbians even more so. It is vital that those of us who sit comfortably with these labels stand up as positive role models of difference and strength and confidence and joy!’